WooCommerce is a very popular e-Commerce solution and responsible for upwards of 1/3 of all online shopping experiences.  Many of us in the industry were hopeful that the quality of support would increase, when Automatic purchased the Woocommerce brand earlier this year.  However it seems the transition is much more challenging than expected.

Before I get into the details of the failure, let me give you some basic information regarding their product.  If you are a new user to WooCommerce, it will seem to be a great option; and in many cases it is.  The core plugin is free to download and install.  If you want all the bells and whistles, you will have to purchase additional “extensions”, mostly of which are developed by 3rd parties.  Those 3rd party extensions will add shipping, marketing, reporting and all kinds of other cool addons to the WooCommerce integration.  Now, with any product that is a popular as WooCommerce, product support is needed.  Even though there are pages upon pages of documentation, if you purchase an extension, you are eligible for support through their ticketing system.  Most of the documentation only covers the WooCommerce core products; so you’re practically on your own or relying on the 3rd party extension developer.

It’s normal to make a online purchase and then realize that you have a problem with your purchase.  Our problems and purchase go back to early July 2015.  After installing and configuring the newly purchased Review for Discount extension, we realized there was a problem.  We realized that the extension wasn’t allowing us to add variable products to complete the setup.  It took almost 2 weeks to get a response to that initial support ticket.  Once there was a response, it took another week until we were able to get support to admit that the issue required a update from the extension developer.  Once the update was forwarded to us, I was hopeful that the problem was solved.  However, that was just the start of our problems.  It became apparent that the extension was not creating & emailing a discount code.  Within hours we created and updated a support ticket with our issues.  As we expected, we received a support response that is what we will refer to as a level 1 response.

All of those things did not fix our issue.  Support was given access to the problem WordPress site, which allowed them to take a more in depth look at solving the issue.  It was on a Friday afternoon and I noticed the site was set to a default setting.  I assumed that site would be temporarily disabled while WooCommerce was working on the site.  Three days later the live client site was still completely disabled.  Which means our client site lost a total of 4 days of revenue.  When we notified Woocommerce support, of course they denied leaving a site disabled over the weekend.   So we decided to take things in a different direction.  We restored the live client site to a working condition.

i know you work on a lot of tickets.. but sometimes i think you guys are clueless.
you ( WooCommerce) deactivated our theme and activated the default WordPress theme. As soon as I saw that,  I reactivated our current theme.

So this ticket was opened on 8/11/2015 and it’s been 30 days and you still can’t seem to fix the problem. Is this the standard type of service that we should expect from WooCommerce? This is so disappointing.

We created a mirror of the client website on a private server that allowed WooCommerce and our staff to source the issue without interrupting the day to day operations of the actual live client site.

So now we are more than 4 weeks into this, support feels that they have fixed the issue.  I spend the next 2 weeks trying to convince them that the issue isn’t fixed.  We send screencasts back and forth.  We are now creeping on 2 months and WooCommerce finally admits that the problem isn’t fixed and they closed the support ticket.  Why on earth did it take so long for this admission and why did they close our support ticket?  I’m not sure.  I checked the change log on the extension and it still doesn’t address the variable product issue.

I now spend the next 7 days sending more detailed information and screencasts to update the support ticket.  It amazed me to receive the following update, “We have confirmed this and labeled “not suppose to be like this”. We will fix this so that variable products will not be selectable anymore. Thank you for bringing this to our attention. And sorry for the longevity of this.”  Which basically means that this extension is not 100% compatible with WooCommerce.  It should not be allowed to be listed in the WooCommerce market place or at the very least have a asterisk describing it’s limitations.

The ticket system that is in place leaves a lot to the imagination.  You imagine that you will get a prompt response from multiple support Ninjas.  You imagine they are will have direct phone line to their approved extension developers.  You imagine that they will maintain internal notes with details related to a long standing problem.  You imagine your issues won’t take 2-3 months to be solved.  Even if you can imagine it, that’s not the reality of it.  Sadly they are either

I finally admitted defeat and decided to open a support ticket requesting a full refund.  Almost immediately the ticket was updated by different support Ninja.  I received several apologies from other support Ninjas and a prompt refund was issued.  As a result, the development team update the extension within 48 hours and released an update.  The update magically fixed the issues at hand.  They also extended our product license for 2 years at no charge.  It’s a gesture that was gladly accepted by the client and hopefully we will see blue skies ahead.

Send to a Colleague: 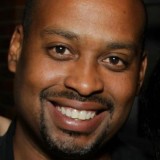 Mitch has been a WordPress developer and online entrepreneur for 9+ yrs.  He has helped countless clients improve and grow their online business.